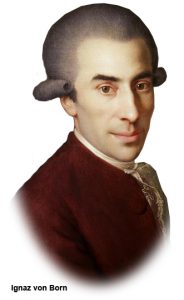 Freemasonry – as old as the World itself. A wonderful metaphor for the certainity that puts humanity and humans in the centre of ones thoughts and deeds.

In general, the year 1717 is accepted as the founding year of modern ‘speculative’ Freemasonry. Exactly 25 years after the institution of the first English Grand Lodge, Austria founded its own first Masonic organisation. Queen Maria Theresias’ husband, Franz Stephan von Lothringen, is regarded as the Spiritus Rector of the first Viennese lodge ‘Aux trois Canons’ which received its founding credentials from Breslau in 1739. Although that lodge was closed down by order of the Queen a mere 6 months later, the seed had been sown, and there followed many lodges on Habsburg territory.

Maria Theresas son, Joseph II, refused initiation into Masonry; however, his edict that all Orders – thus Masonry as well – may neither acknowledge foreign masters nor pay dues abroad, led to the founding of the first Grand Lodge in Vienna: ‘The Grand National Lodge of Austria’ comprising of six provincial lodges, Austria, Bohemia, Lombardy, Galizia, Siebenbürgen, and Hungary.

In the Golden age of Enlightenment, idealists following Andersons principles further not only advances in medicine, banning of torture, agrarian reform, the first general hospital in Vienna, also work for general education and public service. In Austria the name of Wolfgang Amadeus Mozart stands as the epitome of that age. In his ‘Magic Flute’ Mozart gave his Lodge Master, Ignaz von Born, a remarkable memorial.

The authorities reduced the number of lodges drastically in 1785, reducing Vienna to two lodges with a total of 300 bretheren. In 1795 masonry was forbidden throughout the whole of the Austro-Hungarian monarchy. This state of affairs remained until 1867, when in Austria (Cisleithanien) a new law regulating private clubs was enacted, requiring state commissioners to be present during meetings. Unthinkable for ritual meetings. Hungary – Transleithanien – was not affected by this requirement, so that in 1869 the first German-language lodge was founded in Sopron. Further so-called border-lodges folled this example. Ritual was held in Hungary, the humanitarian club itself based in Vienna. The last such border-lodge was founded in 1917. All these lodges enjoyed the patronage of the ‘Symbolic Grand Lodge of Hungary’.

Three weeks after the end of the first world war and proclamation of the first Austrian Republic, in 1918, masonry was officially tolerated again in Austria. On anuary 25th 1919 the symbolic light was brought from the Hungarian to the Viennese Grand Lodge, and the support of social projects was begun again. The Austrian ‘Social partnership’ can be seen as a result of the Bretherens’ social activity.

In 1938 the National Socialist regime seized all material goods, dispossessed the lodges real estate, and began persecution of all Freemasons. The light disappeared until 1945.

After the end of the second World War, Viennese masonry was revived. Of the 2000 prewar bretheren, only 67 remained. The rest had been either deported, or murdered, imprisoned, died, or emigrated. The lodge rooms had been destroyed. Vienna was divided into four zones by the Allied forces. Among the American, British and French troops are many bretheren who helped build the ‘Grand Lodge of Vienna for Austria’, and other lodges in the countryside. All were in harmony until the begin of the 1950s, when the ‘United Grand Lodges of England’ required the ‘Grand Lodge of Vienna for Austria’ to end all relations with the so-called ‘irregular’ bretheren – amongst others those belonging to the Grand Lodge of France – as the price for recognition.

The then Grand master followed the ultimatum from London, and received formal recognition in Fall 1952.

However, a group of younger bretheren could not accept the decree from above, and from late 1953 started to hold lodges ‘in freedom’, a new form of masonic work for Austria. They founded the ‘Independent Masonic Lodge of Vienna’ (UMFL) on Sept 24th 1955, which in its turn was one of the founding lodges of the International Union of Liberal Masons (CLIPSAS) in 1961. 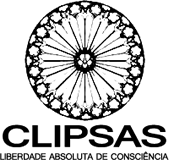 One of the tenets of the UFML is an understanding of masonry that reaches out to affect society as a whole; to the ‘ancient charges’ they have added ‘new charges’. This was included in a statement of purpose in 1974 which is still valid, and enjoys growing international approval.

This UFML text represents an attempt to rekindle and strengthen the old flame of enlightenment in a world full of paradox, inhumanity and indifference.

Years of discussion within the – purely masculine – UFML as to whether the liberal ideal be followed to its logical conclusion, and that women be accepted into the order, making it a humanitarian group rather than a purely male one. In 1985 the lodges Zu den Neuen Pflichten and Gotthold Ephraim were founded. Shortly after that, the Grand Orient of Austria was founded, and within a few months the first women were initiated into the new lodges. The UFML remained a males-only lodge until March 2004, however it accepted Sisters as visitors.

The Grand Orient started off with great promise, with the founding of new lodges (Zu den 3 Spiegeln, Sapientia Cordis, Zur Königlichen Kunst), amalgamation (H.I.R.A.M., New Isis), and international cooperation testifying to a flourishing masonic activity. However, internal dissent in summer of 2003 led to the original three lodges leaving the Grand Orient. The three remained in their original lodge rooms, and on June 24th 2007 – St. Johann – founded the ‘Liberal Grand Lodge of Austria’.

The masonic tenet that the world can only then be improved when each one of us first seeks to better himself gives the mason a hard standard to reach. Inclusion in the international chain of bretheren and mankind, ethical moralistic thought free of dogma yet with long-term perspective act as a counterpart to the shortsighted partisan pary politics encountered daily.